Reminiscing over celebrating New Year’s in Paris and seeing fireworks at the Arc de Triomphe, which is one of the best places to celebrate NYE in France!

While there is a great deal of gratitude to be found in what 2020 has taught me and all the ways in which my perspective has shifted, I’ve also gained a deeper appreciation for many of the experiences I’ve had in the past – like spending New Years in Paris last year to close out 2019 and bring in 2020. It was such a magical experience that I never got around to posting about and it brought me so much joy to look back through my photos and reminisce about the trip (I went with my friend Andrea Howell from Tidal Cool and her son). During the day, we spent New Year’s Eve exploring Paris. Almost nothing we had planned out for that day happened, but it was still wonderful. I loved walking the streets and being charmed by the remarkable architecture around every corner. In the evening, we had dinner reservations at a charming vegan restaurant, Le Faitout. I can’t speak to the food because I am an early dinner/picky eater and opted for pizza a few hours earlier. But, I did enjoy sipping on rosé, trying dessert, and taking in the atmosphere.

Fireworks at the Arc de Triomphe

Being challenged by transportation throughout the trip (there was a transit strike going on when we were there so the times and routes the metro was running were extremely limited), we then took the metro as close to the Arc de Triomphe as we could get and ran for what seemed like miles to not miss the fireworks. Out of breath but in awe, I could not think of a better way to end the year. 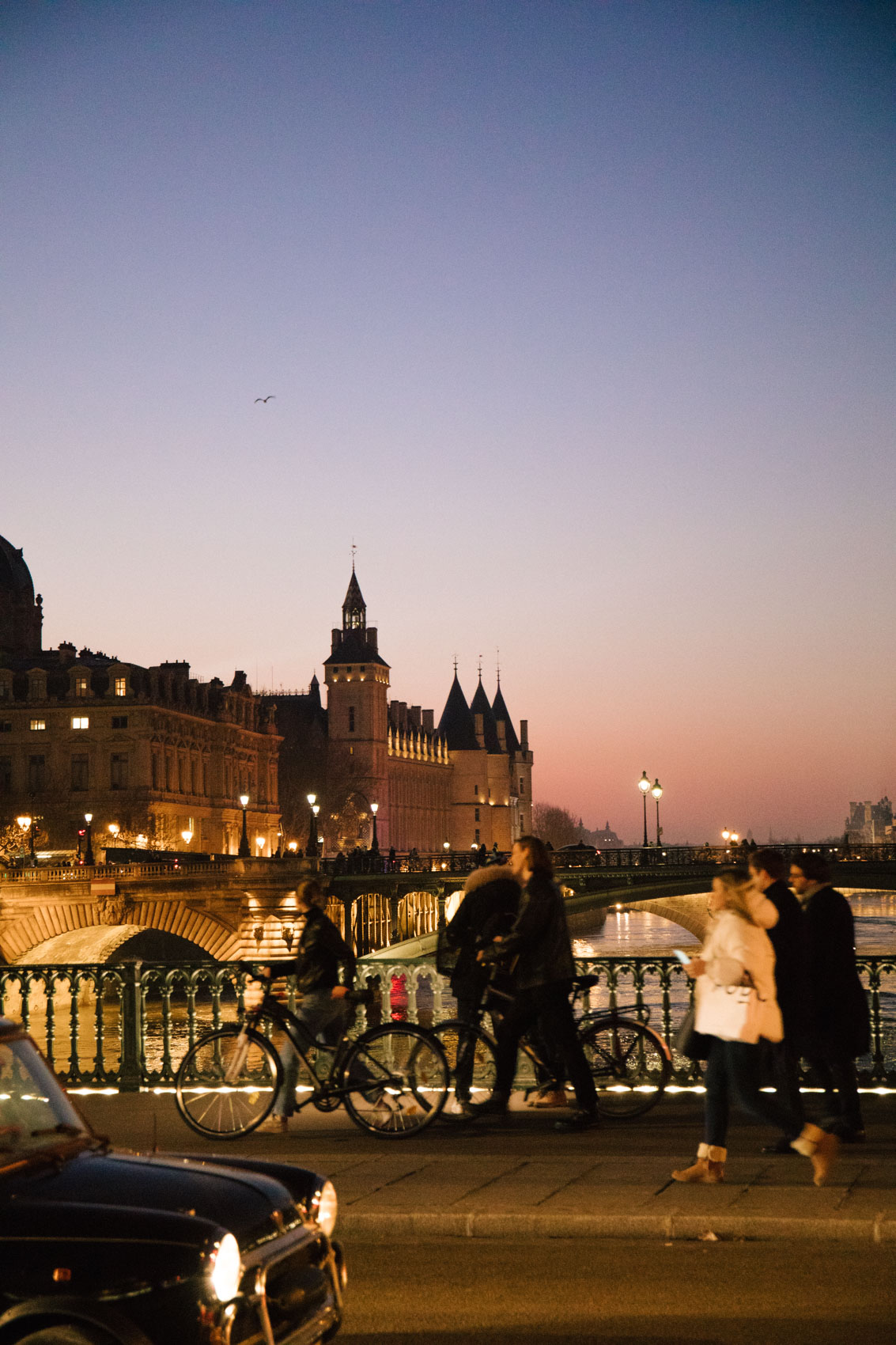 Afterward, Instead of heading to our room in Le Marais right away, we thought it would be best to let the crowds dissipate a bit. We sat at an outdoor café sipping on wine and talking about life. It was an adventure getting back so late at night because we couldn’t find any transportation. We were left with no choice but to walk, which I would have been completely on board with had I not desperately needed to use the bathroom, hahaha. Thankfully, we were able to hail down the one pedicab left that was empty and still out on the streets. It was such a fun way to see more of Paris and made the evening even better!

A whole year later and it still feels like a dream that I spent my first day of a new year in France. January 1, 2020 was packed with just as many sights and adventures as the day before. After way too few hours of sleep, we got up super early to pick up our rental car and drive to Château de Chenonceau in Loire Valley. That’s right. I spent the first day of 2020 wandering around a castle – an item that’s always been on my bucket list. We ended the day in Noyers sur Cher spending the night in a former 19th-century windmill, the Moulin de la Motte Baudoin, which has since been turned into the coziest accommodation with so much character! I’m not making any fancy resolutions for 2021, but I am vowing to finish editing my photos from France and to get a few more blog posts up about the trip!